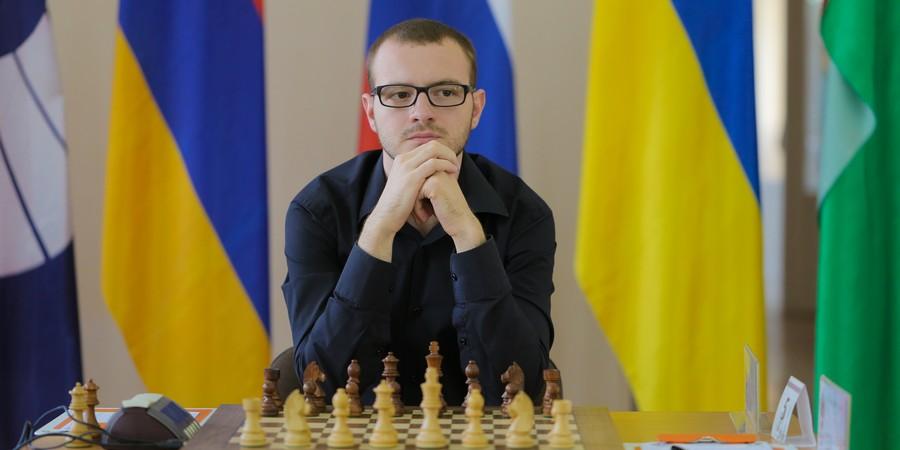 Ivan, first of all please accept congratulations on your today's victory. Most of rounds are behind, so please tell us how your progress is so far.

Thank you for congratulations. Till now I am doing quite well. I have 5 points out 6, and have kept all chances for high places.The development of the tournament is rather smooth, except the second game, where my opponent was Chinese player Li Bo. I had a rather weak game. I got decisive advantage but missed it and game ended in a draw. But other 4 games I managed to win very confidently.

And tell us please about the organization of the tournament.

The tournament is very well organized. I enjoy my visit to Yerevan. We were welcomed warmly. This is my second visit to Armenia; first time I was playing in European Chess Championship in 2014. I have no issues regarding organization. I will gladly come back to Armenia again, if there will be possibility.

It is really difficult to say. I think it depends more on a specific player. You can't say that Chinese chess players have some special quailitis that others don't have.

Although, it is considered that they play bad positionally, and calculate well, in my opinion it is again more individual. I met Chinese players who play very good positional chess, and met some who calculate very well. I can speak only about a concrete player.

As of legends about their nerves; I think it is not so either; I noticed that they are also very nervous, they show their emotions. For example when national team of China won the Olympiad, the whole team was crying out of happiness, and one could observe their sincere emotions.

Ding Liren, who plays against Aronian in the final match of World Cup, after he did not manage to win a dominating position against Wesley So in tie-break, was shocked and 15 minutes was sitting-holding his head with hands. He was in a bad state, but later on he somehow recovered and won the game, but that moment proved that he is also very nervous.

What qualities a player needs for good performance in open tournaments?

Open tournaments have their peculiarity; you need to play for victory in every game. There is continuous race. You need to have much energy, be in good physical shape, and have a good opening repertoire; good preparations. Overall, I would mention energy and good motivation.

Do you prefer to play in open or in round robin tournaments?

Six rounds are behind; the group of leaders shows up. Can you point out a player who stands out from everyone and who is your main opponent?

No, I can’t stand out a player. Three rounds are ahead, the density is very high. Almost 10-15 players fight for the first place. The finish will decide; everything will be decided in final rounds.

Karen Grigoryan: “The victory was unexpected” 2nd Yerevan Open was very good one for me. The …

8 Players Lead in the Tournament

Round 6 of Yerevan Open took place yesterday at Chess Academy of Armenia. None of the 5 leaders of …

Arman Mikaelyan: "Before this decisive game, I had a bad sleep at night."

Games of round 4 of Yerevan Open international chess took place today at Chess Academy of Armenia. …